From the press release 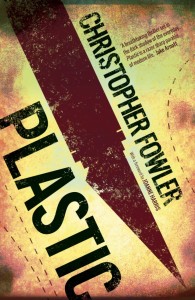 Death and shopping in a razor sharp new crime thriller

“The dark reverse of a personal growth novel, a hoot of a crime thriller.” – The Independent

Christopher Fowler, the writer behind the Bryant & May series, is returning to Solaris with a new horror crime thriller that slices through the facile world of modern consumerist urban life.

June Cryer is a shopaholic suburban housewife trapped in a lousy marriage. After losing her home, husband and credit rating, she flat-sits a friend’s spectacular London high-rise apartment and prepares to indulge herself amidst London’s wealth.

But when a terrified girl breaks into the flat, June makes the mistake of asking the neighbours for help and she finds herself embroiled in an escalating nightmare, trying to prove that a murderer exists. For the next 24 hours she must survive on the streets without friends or money and solve an impossible crime.

Fowler has produced a dark thriller that skewers the lives of the urban rich, cutting open dark fears and bringing forth a novel that reveals the flimsy insecurities of modern life.

Born in London, Christopher Fowler has written for film, radio, television, graphic novels and for newspapers, including The London Times, for more than thirty years. He is a regular columnist for The Independent on Sunday. Fowler is the multi-award winning author of more than thirty novels, including the lauded Bryant & May mysteries. In the past year he has been nominated for eight national book awards.

Available as an ebook