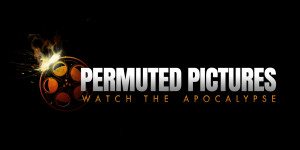 Permuted Pictures is proud to present the dark comedy, The One-Stop Apocalypse Shop, a Kickstarter film project. Four convenience store workers signed up to work the graveyard shift, but they “bit off a little more than they could chew”. Their normal guests aren’t so normal, but the vampires, zombies and werewolves are just trying to live their lives as normal “people”.

Kickstarter is a global crowdfunding platform, where artists go directly to their audiences to fund their work. Kickstarter has received pledges from 5.7 million donors to fund 135,000 projects, which include films, music, stage shows, comics, journalism, video games, and food-related projects.

Starting at $10 and going up, we have different levels of pledges and rewards to fit anyone’s budget. If being an extra in the film, having dinner with the cast and crew or even receiving a prop used in the film sound like a great time, then please help us make a great film by pledging your support.