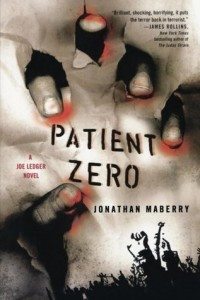 Over the past few months, I’ve had the enjoyable opportunity of reading a number of stories by Jonathan Maberry. Although I’d encountered some short pieces before, I hadn’t explored his novels until I read his compelling GHOST ROAD BLUES trilogy (including Ghost Road Blues, limited JournalStone edition, March 2014; and Dead Man’s Song, limited JS edition, May 2014;  in preparation for an assignment from JournalStone). I followed that up with a close, intensive reading of the novels that resulted in an essay, “The Great Chain of Evil,” which I will be presenting at “Life, The Universe & Everything” this year in Provo and which will be the opening essay in Chain of Evil: The JournalStone Guide to Writing Darkness (to be published through JS).

Then I was asked by JS to work with the forthcoming limited-edition collection of short fiction, Joe Ledger:  Special Ops (April, 2014), a series of tales interwoven with the Ledger novels. Again, this afforded me the chance to read slowly and carefully, to enjoy the consummate skill Maberry brings to his stories…and to become increasingly intrigued with Ledger as character and as fulcrum for fictions.

So…I purchased Patient Zero, the first Joe Ledger novel, for my Kindle and, armed with re-fillable sodas at my favorite sandwich shop, set out to read for my own pleasure rather than by assignment.

As I might have anticipated from Maberry, the novel begins with a bang. Joe Ledger, Baltimore cop and future agent for the Department of Military Sciences, helps spearhead an incursion into the stronghold of a terrorist cell and, in the process, shoots and kills a crucial member of the cell. Shortly thereafter, two stolid FBI agents confront him and ‘request’ that he accompany them. The result is an interview with Mr. Church, head of the DMS, an agency dedicated to handling terrorist threats too immediate, to crucial, and too difficult for Homeland Security. As part of the recruitment interview, he is given a simple task: to handcuff a prisoner in an adjoining room to the table. But there is a twist that startles even Ledger.

The man he must subdue is the one he has already killed.

From that moment, events move with breakneck speed (pun intended). Almost as fast as one can turn the pages, Ledger finds himself captain of a special-ops team fighting against the deadliest threat the world has ever known: lab-created zombies—known as walkers—intent on destroying America.

The walkers are the result of collaboration between an American multi-billionaire dedicated to becoming the richest man on earth and a husband-and-wife team of Middle Eastern extremists dedicated to…, well, that is part of the continual texture of twists and turns that makes up Patient Zero. Called by one commenter a neo-noir-thriller and by another a bioterrorism thriller, the novel combines all of the suspense and cliff-hangers of traditional thrillers with a species of horrific zombie that is instinctively believable, scientifically credible, and narratively perfect. Capable of transforming from dying human to flesh-eating, mindless monster in a matter of seconds, the walkers fit flawlessly into the series of episodes that bring the enemy closer and closer to their goal. And all that stands in their way is one man—Joe Ledger.

Patient Zero offers readers crisp prose, delightfully and almost comically colloquial at times, precisely and accurately scientific at others. The tone aptly reflects Ledger and his internal complications, including seeing himself as simultaneously a Civilized Man, a Cop, and a Warrior, and capable of acting in whatever capacity the situation demands. As a Warrior, he reminds me in some fundamental ways of Orson Scott Card’s creation, Ender Wiggin—it is not enough merely to defeat the enemy; one must defeat the enemy decisively, definitively, and permanently. For Ledger, this means putting his multiple concepts of self at risk, as well as his own life.

From beginning to end Patient Zero invites readers in and makes them imaginatively part of a world in which heroism might still occur; in which the survival of a culture, a nation, depends on the actions of a single individual (or a small group). And, as with all truly epical treatments of protagonists, it outlines not only the process by which the hero succeeds but the enormous consequences he must accept.

Given what I had previously read of Maberry’s fiction, I expected Patient Zero to be taut, well-written and well-constructed, exciting from the first sentence to the last. I wasn’t disappointed.