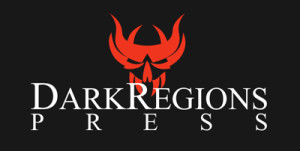 We are very excited to announce the launch of our latest fiction line: Dark Regions Weird Fiction. This new line will publish exclusively original and unpublished weird fiction, Lovecraftian horror and cosmic horror and will be headed by Brian M. Sammons, one of the co-editors of World War Cthulhu: A Collection of Lovecraftian War Stories.

Brian M. Sammons has been writing reviews on all things horror for more years than he’d care to admit. Wanting to give other critics the chance to ravage his work for a change, he has penned a few short stories that have appeared in such anthologies as Arkham Tales, Horrors Beyond, Monstrous, Dead but Dreaming 2, Horror for the Holidays, Twisted Legends, Mountains of Madness, Deepest Darkest Eden, and others. He has edited the anthologies; Cthulhu Unbound 3, Undead & Unbound, Eldritch Chrome, Edge of Sundown, and Steampunk Cthulhu. For the Call of Cthulhu role-playing game he wrote the book Secrets, has contributed to both Keeper’s Companions, wrote a companion scenario for the Keeper’s Screen, and has had scenarios in the books; Terrors From Beyond, The San Francisco Guidebook, Houses of R’lyeh, Strange Aeons 2, Atomic Age Cthulhu, Island of Ignorance, Punktown, and Doors to Darkness. He is currently far too busy for any sane man.

Q&A with John Shirley: What is your story in World War Cthulhu about and what inspired the idea?

I was looking for a fresh Cthulhu angle–it’s quite difficult to get fresh Cthulhu, it takes so much ice to keep it fresh. It occurred to me that Cthulhu has made the Earth his (if it’s a he) domain, his home, for countless ages, and if awakened, would want to defend that home against any threat from Beyond – so Earth’s resources are available for Cthulhu’s own personal convenience. But who will awaken Cthulhu and make the creature aware of the threat? And would Cthulhu have another motivation for acting? What price would he exact from you and me and all humanity? … for his loyalty. 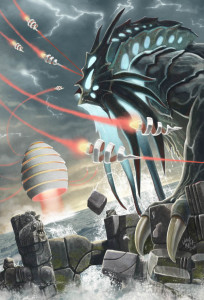 In Loyalty, John Shirley tells a tale of a stranger in a strange land, a man out of time that awakens to a future where horrors unexpected battle mankind. A deal with a tentacled devil is required to save humanity, but will we really be saved?

Q&A with Jeffrey Thomas: What is your story in World War Cthulhu about and what inspired the idea?

When I was invited to submit a story for WORLD WAR CTHULHU, I was torn between doing something set in Vietnam, a country I know well and love, or that other place I know well and love, my far-future setting Punktown. I finally opted for the latter, to take the premise of world war to another world. The story involves a Lovecraftian entity of my own invention, which I’ve written about in earlier Punktown stories, mainly in my novel MONSTROCITY. Another inspiration for my story, “Wunderwaffe,” came when the editor of a different anthology invited me to submit a story to his book (which unfortunately I never got around to). The theme was Lovecraftian tomes and grimoires, and I wondered what I could do along those lines that was fresh and different. I hope I succeeded in answering that challenge in “Wunderwaffe.”

The illustration for “Wunderwaffe” by Jeffrey Thomas will be revealed to customers who order World War Cthulhu!

On an alien world, in a sprawling city called Paxton, or Punktown, to its residents, war, magic and religion are brought together in a hellish way. Colonial Forces are summoned there to fight something, something they are completely unprepared for.