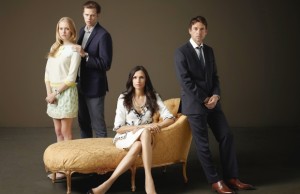 For those of you who are fans of the Netflix series Hemlock Grove, you’re in luck.  The series will make an appearance again next year, though with ten episodes instead of this year’s thirteen.  Having watched this season, I can say I’m definitely interested enough to see what season two delivers in 2014.

Eli Roth, executive producer of the series based on the book by Brian McGreevy, had this to say:

“The worldwide fan response to Hemlock Grove was phenomenal,” Roth, horror master and the series’ executive producer, said in a statement. “Netflix members loved the potent combination of sexy monsters, mystery, and the dark family soap opera that ended with a huge twist, leaving audiences worldwide totally shocked. Season One was just a warm-up for what we have in store for season two. Get ready to be scared in ways you never expected.”