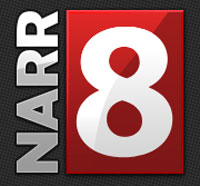 Interactive motion comic app NARR8 is happy to announce the addition of a new horror series entitled Prime Blood to their mobile platform. Prime Blood is a blood-curdling, action-packed adventure that surrounds Jane, a young, attractive med student with blood that makes the undead squirm. Vampires and werewolves alike are thrown into fits of temptation by Jane’s presence – but is she to be sacrificed on a bloody altar, or is there a different fate in store for her?

“True Blood” meets Blade with a touch of Underworld in Prime Blood, a gripping tale of life, death and the desperate, epic battle between the Cursed and the Damned. Brought to life by fluid animation, soundtracks and sound effects, HD effects and interactive features, Prime Blood is served up in weekly doses, with episodes lasting from 10-20 minutes each.

DISCOVER: NARR8 has 21 interactive series in four major genres: motion comics, graphic novels, children’s edutainment and educational periodicals, featuring both original content and licensed IPs. All series are updated weekly to bi-weekly and are downloaded within the app itself so that no wi-fi connection is needed to access content.

INTERACT: By adding quality art, fluid animations, full music soundtracks and effects, HD effects, gamification elements and interactive features such as point-and-shoot games and choose your own ending stories, NARR8 is blurring the line between a book and television. We’re revolutionizing the way we read and share stories.

CREATE: NARR8’s StoryBuilder, launched in June of 2012, is an online editor tool for fans/indie artists/writers to create and share their own motion comics and graphic novels. StoryBuilder features a word processor, animations, art and graphics, sound effects and more – allowing user-generated content an outlet to be seen.

SHARE: Not only does NARR8 have a built-in social forum that allows fans to interact with one another within the app itself, but Storybuilder also gives users the option to share their creations on the NARR8’s 800k+ user platform. Once the book is downloaded by 1k+ users, NARR8 will discuss licensing options with the creator, giving aspiring artists and writers the chance to make a name for themselves in the literary world.