My Name is Marnie – Book Review 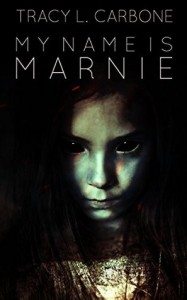 Marnie Clifford’s life is in shambles. Her husband was brutally murdered, work is almost nonexistent, and she’s at the end of her rope. Fleeing her pain, she buys a classic “fixer-upper” cottage in a remote New England town. She wants to have her baby in peace, and try to put the pieces of her shattered life back together. A simple enough plan, until Marnie discovers the dark, horrific secrets hiding in her newly purchased home.

My Name is Marnie is a subtle, sinister tale in the Gothic haunting tradition. The ghostly appearance comes early, but Carbone doesn’t blow the story open immediately. She only gives the reader a hint, a glimpse at the nightmare to come. Marnie’s fear feels real. Her terror is authentic and powerful. Yet this is not the story you think it is, and by the end, Carbone has woven a complex and bizarre tale full of twists and turns. There are hints of Collie Wilkins with a dash of Henry James throughout the narrative. Carbone walks a delicate balance between the real and the unreal, and the supernatural is blended seamlessly into the story. The characters and the setting are both well-developed, and lure the reader down very dark and evil paths.

There are a few “horror” moments when Marnie does exactly as predicted, but overall, the narrative is crisp and sinister. Little references, such as punching a car through small snow drifts on a cold winter day, bring the story into vivid detail. Carbone paints the picture of the ideal New England town, and then proceeds to shatter that image into a million splintering glass shards. My Name is Marnie also includes two outstanding short stories. Highly recommended.