Mark Parker Releases Way of the Witch, Part One of His Witch Saga 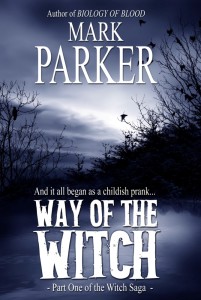 Way of the Witch

Part One of the “Witch Saga”

“There is beauty in this tale, as well as horror, redemption, grace and terror.” – Malina Roos

“Parker has a voice reminiscent of Bradbury, in the way he pulls you into another era.” – S. Santiago

“A chilling, semi-supernatural story, but also a tender character piece.  Echoes of Stephen King, with a dash of The Exorcist.” – Evan Kilgore

It all began as a childish prank…

For Randall and Justin summer on Sassaquin Pond is business as usual; Randall with his paper route and Justin kicking his battered old can. That is, until both boys encounter the old woman they believe to be a witch. Neither boy can confirm nor deny their suspicion, but then all three lives are inextricably drawn together by a single event that changes everything.

Who would have guessed a mere childhood prank would have such dire consequences? WAY OF THE WITCH – Part One of the “Witch Saga,” is an exploration into the minds and hearts of two lifelong friends—and the solitary shame that will bind them far into the future, in dark and dangerous ways. 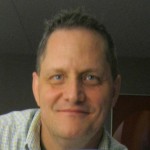 MARK PARKER made his publishing debut with BIOLOGY OF BLOOD, Book One of the Southridge Vampire series; followed by LUCKY YOU, a short thriller story, and now he presents his highly-reviewed novella, WAY OF THE WITCH – Part One of the “Witch Saga.”

Mark holds a Bachelor of Arts degree in Philosophy, and works in psychology and hospital education.  He is currently working on numerous writing projects, including the forthcoming SPINSTER, and Part Two of the “Witch Saga,” STICKS & STONES.

“I liked this soft shoe approach to the telling of this story of horror. Parker has sure control of his character and his tale. I can’t speak much to the plot or I’d spoil the story, but this is a quick excellent little read you might want to discover on your own. There ARE creatures. Wait for them.” – Billie Sue Mosiman

“A new author and what a great start!  Only a few pages long but you are immersed in the story by the author’s descriptive writing.  This could be expanded upon if the author wanted to write a sequel or Chapter 2.  One author to watch out for.” – Vix Kirkpatrick

When it comes to blood, things aren’t always what they seem. Biology freshman Draymond Steller, studying at Southridge College in Vermont, is about to learn this the hard way.   Soon he will realize that life has complex layers.  What Dray learns after his Wednesday evening “Invitation Only” biology discussion group, will change his life in unexpected ways.