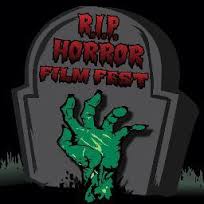 So, you’re in Long Beach next weekend and you’re wondering what to do.  You think, wow, if only there were some kind of horror film festival going on, I’d be all over that.  If that’s the case, then you’re in luck.  The RIP Horror Film Festival will be taking place at Beach Auditorium, Cal State Long Beach on December 6th, 7th, and 8th.  It should be a wonderful event.  I’ve posted their mission and vision, but you should head on over to their website to learn more about the schedule of events and the movies they are going to screen.

The R.I.P Horror Film Festival seeks to bring the best of classic and contemporary Independent Horror film making from around the world or around the corner. Committed to become, “LA’s New Home for Horror,” and providing the public access to the young talented film makers while showcasing the works of these phenomenal artists.

The Fest supports the creation of innovative and artistic cinematic works from both emerging and seasoned filmmakers, proudly embracing the passion, vision, and independent spirit of these talented artists. With the integration of the local community and educational institutions, the Festival stimulates an interest in the study and appreciation of Horror genre.

We welcome and encourage all to participate.

Not just another film festival but a creation inspired by one, which later became the hard work, vision and passion of many for the enjoyment of all.  R.I.P. Horror Film Festival staff, crew & volunteers, welcome you!

“We welcome and encourage all to participate,” L.J. Rivera III, Festival Director

The horror genre is a beloved one, with fans eating up as much content as possible from new horror and classics. Horror cinema has been around over 100 years, and this dates back to the silent shorts created by the film pioneer Georges Méliès in the late 1890s, with some claiming “The Haunted Castle” (1896) is the first horror film, clocking in at 3 minutes long and costing $100 to produce. It’s been a rich history for a genre, including the monster films of the 30’s, the creature features and demonic creep fests of the 50’s, the psychological menacing of Hitchcock classics, the sociological allegories of the 60’s and 70’s, the slashers and Sci-fi scares from the 80’s, to the modern era of CG-heavy shocks. Horror films are so diverse and unique (whether you’re dealing with zombies, aliens, vampires, or Asian folklore), much like the consumers of these fictions. Causal and diehard fans (from the conservative fellow in a business suit, to the tattooed and pierced rocker) are always looking for more ways to be entertained and scared by the next frightening tale. And now with new media, we see a new age of horror, which at times pays homage the old tropes, but also breaks new boundaries with digital film making and online distribution.

There are numerous horror conventions and film fests every weekend, all around the country, and even all around the world, and the R.I.P. Horror Film Festival feels the more, the scarier. Join us in celebrating and awarding genre legends for a lifetime of excellent and terrifying works or art.