I promised to keep you in the know with JournalStone’s weekly $.99 sale, so here’s what they have in store for this week: 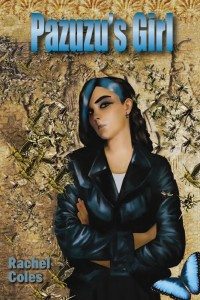 Morpho Wilson thought her life was difficult enough. Her father is Pazuzu, the Mesopotamian demon of plague and the Southwest wind. As a teenager, Morpho struggles against her father, while trying to adjust to high school in a new neighborhood.  The family is constantly moving in an attempt to elude Pazuzu’s murderous ex-wife, a demoness known for killing children.

Then something interesting happens.  A socially-impaired classmate becomes so intrigued by Morpho that he pursues her, despite the mystery surrounding her family and the danger that accompanies it.

But before their romance can grow, the demoness tracks Morpho down, and now only needs an ancient artifact called the Tablet of Destiny to complete the destruction of the world. The tablet confers on its owner the ability to control the fate of everything and everyone on earth.

Once the tablet is discovered in the Middle East, the oldest and most powerful gods begin a battle for its possession, with the human population caught in the middle.  Morpho, her family, and her new friend must decide, do they escape from the horrifying demoness or fight for their own destiny? How far will Pazuzu go to save his daughter from a hellish fate?  Will his banishment from Heaven so many millennia ago end up being a curse…or a blessing? 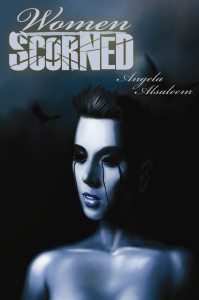 Women Scorned by Angela Alsaleem at Amazon and Barnes and Noble

After Camilla is murdered, an ancient spirit possesses her, to use her body as its tool of vengeance. Tortured by visions of murdered women, she is thrust into a world of terror as she seeks a way to rid herself of the nightmare she has become.

Her dead flesh hungers however for a substance that only exists on the breaths of criminals. Their tortured souls fill her, complete her, injecting her with more energy than she ever possessed while living. Like an addict, she is torn between ending her suffering and tasting retribution.

A secret cult in need of her spirit, for an ancient ritual, has sent their Chosen One to capture her, a dark virgin who delights in teaching unwilling victims the pleasures of pain. The spirit inhabiting Camilla’s body is their key to unlocking hell and unleashing a horde of demons into the human realm.

Hell hath no fury like a woman scorned. Camilla learns this first hand on her journey through death and back again. Revenge isn’t always sweet and its bitterness lingers in the soul forever.

This book is intended for adults and contains extreme violence, torture and graphic murder scenes.  You have been forewarned.