JournalStone’s weekly $.99 sale at Amazon.com features The Pentacle Pendant by Stephen M. Debock and Contrition by Robert E. Hirsch.  Head on over to Amazon and pick up these books this weekend. 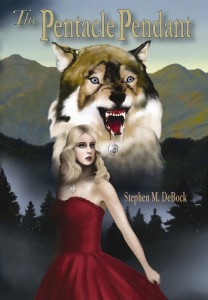 “On the last day of his life, Royce Williams met a woman who literally took his breath away …”

When Claire Delaney’s lover confesses he’s a werewolf, she laughs; when he begs permission to turn her, she laughs again—kinky sex, anyone?—and tells him to go for it. When she regains consciousness, she isn’t laughing any more.

As Claire learns to adapt to her new life, her lover finds his integrity compromised: by a lusty and mysterious female who seduces him into sharing his lycanthropy in return for a special gift of her own. But when he insists they share this gift, the woman realizes his loyalty remains with Claire—and knows she must destroy them both.

As if Claire’s conflicted morality at her own righteous kills aren’t enough, she now finds herself pursued on two fronts: by a covert agent who seeks to protect her and by the seductress who wants to kill her. All three paths will ultimately cross…..and the battle for Claire’s soul will climax at the intersection. 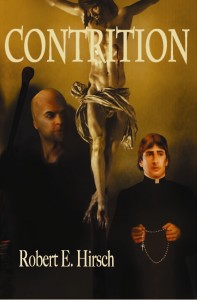 In a tiny community on the Mississippi Gulf Coast, Brother Placidus finds little Amanda LeFleur sacrificed below a crucifix, in the attic of The Brothers of the Holy Cross.  It is not the first body he’s found there.

Assigned to the investigation is detective Peter Toche whose last case was that of a murdered child, a child that has been haunting his dreams, forcing him to face his worst fears and the evil that has targeted his town.

As additional victims are discovered, Tristan St. Germain, a mysterious man who was rescued by a parish priest from the waters near his home, may hold the key to the safety of all mankind.

Little Amanda was only the beginning…