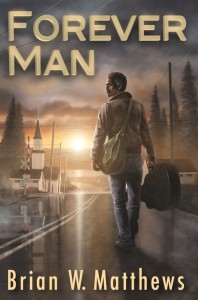 You won’t want to miss the $.99 sale this week from JournalStone Publishing.

Police Chief Elizabeth “Izzy” Morris enjoys keeping the peace in the small town of Kinsey in Michigan’s Upper Peninsula. But when her seventeen-year-old daughter goes missing after a school dance and the mutilated corpse of the girl’s date is discovered in the nearby woods, Izzy’s police skills are stretched to their limits.

Her only suspect is a stranger, a mysterious black man with no known past. When a second stranger appears, the investigation stalls. People she once trusted turn against her. The local banker’s autistic son begins to know things no one else does.

And now something unspeakable prowls the woods.

Joined by three friends and the man she once considered her enemy, Izzy races to find her daughter—and ends up trapped in the middle of a war between an ancient evil and the man who has stood in its way for nearly two thousand years.