Journalstone is offering three books author Brett J. Talley this week.  If you like horror (and you wouldn’t be perusing this website if you didn’t), you really, really don’t want to miss this sale. 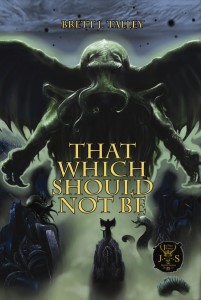 That Which Should Not Be:

Miskatonic University has a long-whispered reputation of being strongly connected to all things occult and supernatural. From the faculty to the students, the fascination with other-worldly legends and objects runs rampant. So, when Carter Weston’s professor Dr. Thayerson asks him to search a nearby village for a book that is believed to control the inhuman forces that rule the Earth,Incendium Maleficarum, The Inferno of the Witch, the student doesn’t hesitate to begin the quest.

Weston’s journey takes an unexpected turn, however, when he ventures into a tavern in the small town of Anchorhead. Rather than passing the evening as a solitary patron, Weston joins four men who regale him with stories of their personal experiences with forces both preternatural and damned. Two stories hit close to home as they tie the tellers directly to Weston’s current mission.

His unanticipated role as passive listener proves fortuitous, and Weston fulfills his goal. Bringing the book back to Miskatonic, though, proves to be a grave mistake. Quickly, Weston realizes he has played a role in potentially opening the gate between the netherworld and the world of Man. Reversing the course of events means forgetting all he thought he knew about Miskatonic and his professor and embracing an unknown beyond his wildest imagination. 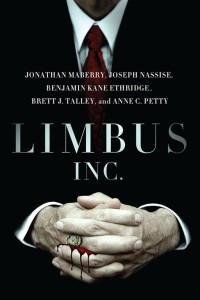 Are you laid off, downsized, undersized?

How lucky do you feel?

So reads the business card from Limbus, Inc., a shadowy employment agency that operates at the edge of the normal world. Limbus’s employees are just as suspicious and ephemeral as the motives of the company, if indeed it could be called a company in the ordinary sense of the word.

In this shared-world anthology, five heavy hitters from the dark worlds of horror, fantasy, and scifi pool their warped takes on the shadow organization that offers employment of the most unusual kind to those on the fringes of society.

One thing’s for sure – you’ll never think the same way again about the fine print on your next employment application! 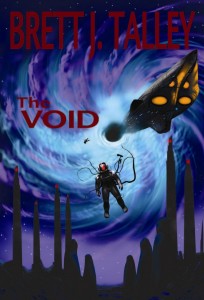 In the deepest reaches of space, on a ship that no longer exists, six travelers stare into the abyss . . . and the abyss stares back.

Man has finally mastered the art of space travel and in a few hours passengers can travel light years across the galaxy.  But, there’s a catch—the traveler must be asleep for the journey, and with sleep come the dreams.  Only the sleeper can know what his dream entails, for each is tailored to his own mind, built from his fears, his secrets, his past . . . and sometimes his future.

That the dreams occasionally drive men mad is but the price of technological advance.   But when a transport on a routine mission comes upon an abandoned ship, missing for more than a decade, six travelers—each with something to hide—discover that perhaps the dreams are more than just figments of their imagination.  Indeed, they may be a window to a reality beyond their own where shadow has substance and the darkness is a thing unto itself, truly worthy of fear.