JournalStone’s weekly $.99 sale at Amazon.com features Vaporware by Richard Dansky and Vale of Stars by Sean O’Brien.  Head on over to Amazon and pick up these books this weekend. 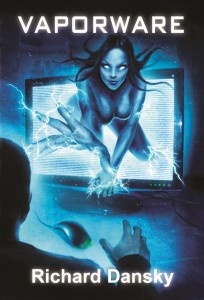 Video game projects get shut down all the time, but when the one Ryan Colter and his team have poured their hearts into gets cut, something different happens: the game refuses to go away. NowBlue Lightning is alive, and it wants something from Ryan – something only he can give it.

And everybody knows how addictive video games can be… 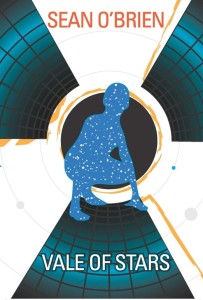 Jene Halfner awaits the end of a hundred-year-long, deep-space colonization journey begun by her ancestors generations before. She has spent her life preparing for planetfall on Epsilon Eridani III, taking care of the growing number of victims of interstellar radiation aboard Ship.

What she will find upon arrival will change her perspective on life, and she and her descendants will live to face the incredible challenges their new world holds.

As generations pass, the women of the Halfner line uncover stunning secrets about their original mission, their new home on Epsilon Eridani III, and the future of the human race. Secrets that will challenge what they believe in, who they trust, and their perception of the ones the love.