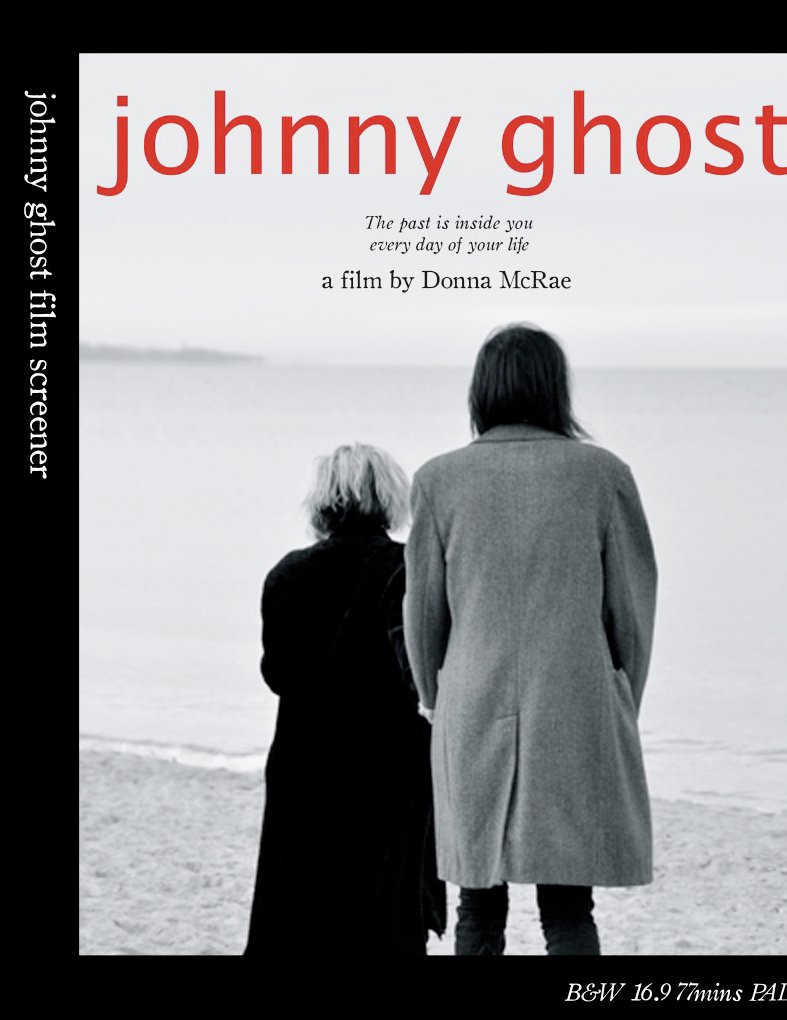 As an ice breaker in the given “Introduction to Literature” class, I often ask my students to identify what defines a classic.  After we work through the more obvious and inevitable paradigms centered on the best seller with its clever foreshadowing, admirable protagonist, intricate plot twist, and moral resolution, we somehow always migrate to the concept of timelessness.  It is astounding that something written three hundred years ago could maintain some sort of modern relevance, and it is here that we uncover the notion that the importance of a text really starts with the issues in its margins.  These gray areas are riddles, symbols we argue for, threads we struggle to connect and pattern into the broadcloth, beautiful paradoxes that force us to make choices, balance circumstance, and actualize.  Suddenly we realize that we are the story, constructing our own new text right there in the classroom as did the scholars before us, and it is ultimately gratifying to become a part of this ever evolving mechanism of global universal discovery.

In terms of current film it is often difficult to recognize a classic, since “timelessness” by design seems to demand some sort of temporal fortitude, or a “track record” proving its functionality not only as a powerful work in itself, but the aforementioned meta-textual springboard for readers or viewers across generations.  Of course, there are those rare works of art we would immediately recognize as “classic” regardless of their circumstantial lack of chronological duration, and this would be first indicated by things like impact, insight, dynamics, and composition.  Still, the more profound assessment occurs inside the viewer in the form of a new perspective or the reaffirmation of an old one.  On these grounds, one must recognize Australian director Donna McRae’s debut independent film “Johnny Ghost” as an immediate classic, not only providing us a clear signpost in the complicated infrastructure of our own existences (reminding us of our living pasts) but boldly suggesting that the concept of past, present, and future is not comprised of some simplistic linear equation.  For all of us resurrect the past and live in the future simultaneously, creating a circular internal landscape both horrifying and tragic, where our “present” is the ghost: fragile, mostly transparent, and caught in the cyclone.

Plainly, this is a beautiful, intricate film, based on a character who is a professional musician named Millicent (played by Anni Finsterer) who teaches music at a university in Melbourne, Australia.  She considers removing a commemorative tattoo from her shoulder that harks back to the days of her post punk youth, but then ghosts from that time period come back to haunt her.  While the base story might seem subjective, or rather selective in terms of mass appeal, McRae handles all of the musical footage (and soundtrack written by luminaries Dave Graney and Clare Moore, formerly of The Moodists and currently performing as Dave Graney and the Mistly) with such poise and elegance it is difficult not to appreciate the sophistication of what some would otherwise refer to as “hard and dissonant.”  In the protagonist’s opening scene she walks down a dark avenue to background music just discordant enough to cause a sense of foreboding.  McRae then cleverly moves to an orchestral scene where the continued music becomes an actual “live performance,” making us re-evaluate not only the music itself, but the mood we let it originally spawn.  This becomes a device we are exposed to throughout the film, often coaxing our impressions to be constructed in one way, and then twisting them through an altered context.  It is this self-inflicted irony that provides the “horror feel” to this piece, making personal reflection in a state of mild disorientation the hook, rather than more gratuitous climaxes.  We are similarly fooled into periods of self-reflection when it turns out that the bottle she drinks in the apartment must just be seltzer (she has been clean of alcohol for years), when we discover that she was as much a stoner as the other post punkers even though she first appears to embody such finesse as the collegiate orchestra director, when we discover that the odd, low-angle handheld camera footage (both fluid and reptilian)in the apartment is finally Johnny Ghost’s first person view, and that he only wanted her to begin forgiving herself all along.

Millicent’s catharsis (which spans the entire film) is absolutely riveting, and this is not only due to Donna McRae’s uncanny ability to sculpt moments of discovery and pain through camera work, lighting, and positioning.  Anni Finsterer is simply mesmerizing as a performer, especially in close-up.  There is a rather long continuous shot at the end of the film, where Finsterer comes from the bathroom and next addresses the audience directly in an incredibly moving monologue concluding with her face filling the camera in a portrait of absolute grief.  Not only is the performance bold and devastating, but a wonderful directorial risk in a day and age where “MTV” camera cuts every second and a half are considered the norm.  There is also a certain texture to the filming here that is both intimate and alarming, as if one could actually touch Finsterer’s tears and taste her sweet heavy breath.

In consideration of the line by line exchanges in “Johnny Ghost,” Donna McRae did a good job at making the dialogue play realistically, at least in most instances.  There was a certain amount of exposition that needed to be delivered to the viewer in order to illustrate past events without flashing back too much, and all of the reciprocations worked except for the mineral water/coffee bar scene, where it seemed (a tad) transparent that the actors were telling eachother what they already knew for our benefit.  This is confirmed by the fact that it is the one and only segment where Finsterer overplays her anxiety, but this is a rather trivial deconstruction among a few others one could scrape together if so inclined.  The Avant Garde college orchestra is a gamble in the sense that more traditional music lovers might not agree with the applauding spectators.  At an early point in the film, Finsterer chooses to sit down to remove her sweater (because it shows the tattoo better?) when normally one would keep to a standing position in order to better manage the mechanics.  There is a strange scene on a bus when nothing happens, and though it is thrilling to see the actual footage of “The Birthday Party” featuring Nick Cave, Rowland S. Howard, and Mick Harvey performing at the infamous Seaview Ballroom in Melbourne, it is cut to twice when the audience would “get it” with a single dose.

Still, these are insignificant discolorations on the bottom-side of a floorboard no one would most likely bother acknowledging, especially considering the aesthetic marriage McRae finally creates between filmatic image and theme.  This talented director has a gift for making nature “behave,” and similar to the way in “Halloween,” Carpenter was fortunate enough to have a train happen to screech by when Donald Pleasance finds the abandoned hospital gown Michael Myers leaves draped on the opened door of the dead plumber’s truck, McRae has a stunning sequence where Millicent is followed on a city street at night, and in perfect counter-point to the entrance of the second and third stalkers, a graffiti-ridden trolley bursts up the street in the opposite direction.  McRae, however, is not just “lucky” in the sense that she happens to turn the camera on at the right moment.  In the swimming pool scene, Millicent does the breast stroke through water so inalienably calm it reflects like glass before her.  And while it may not seem some great feat to film such a thing in a controlled environment, McRae later shows us Robyn (the accusing dead friend) walking into an ocean, the entire thing absolutely waveless for all but the rippled wake the actress leaves behind her.  Visually, this is ultimately satisfying (and rather amazing) but it is the thematic tie between the two scenarios that brings us to a place of unusual poetic symmetry.

Millicent keeps metaphorically cutting into a balanced universe, her past leaving turbulence behind.  Below her, the line at the bottom of the pool is jagged and refracted.  Robyn on the other hand, enters the placid ocean with a perfectly straight reflective line in her wake.  Whether one interprets this, in terms of base surface text, as Robyn’s suicide or her ethereal self-release from Millicent’s past actions (or Millicent’s release of her) it remains a secondary concern.  Add the most haunting image of the film to make this a triad: Millicent walking along an endless brick wall to her left and running her hand along it, and we get a glimpse of McRae’s complicated, dark philosophy.  In life we trudge on for what seems infinity, beside the unyielding, caressing it fruitlessly.  When we look at our pasts we see nothing but fractured images, and it is only in death that we walk free on all sides, leaving behind only replicas of form and idealistic grace.

“Johnny Ghost” is a classic film, because Donna McRae makes us look at our existence as a tragic delicate journey that does not point forward, but rather circles back on itself to forfeit a series of distorted reflections.  Though it would seem our Millicent makes a final peace with herself and her ghosts, a glass-smooth future is never promised.  She sits on the beach, but the unyielding wall is still there, off in the mist, somewhere to her left.  And now we must ask if we can ever be free of our own walls, our molds, the frightening images we make of ourselves.  Or is there only true glory in death?

McRae leaves that forecast to us.