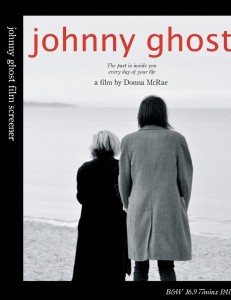 Independent filmmaker Donna McRae’s debut feature film Johnny Ghost, a psychological ghost film, has been picked up for distribution by Los Angeles based Continuum Motion Pictures. This new company will be releasing the film on multiple platforms for Video on Demand and DVD.

Johnny Ghost has been travelling the film festival circuit for just over a year, playing 11 festivals, and winning awards such as Best Female Director, Best Feature, and Special Jury Prize and has had rave reviews from genre based magazines such as Film Threat ( not just a good thriller, a great one), Fangoria (provides a take on horror stylistically removed from your average gore but just as chilling as some of the best), and Hellnotes (an immediate classic).

Johnny Ghost tells the story of Millicent, a professional musician that lectures at a university and has a commemorative tattoo across her shoulder. When she decides to remove the tattoo, she encounters ghosts of her post-punk past who won’t let her move on so easily. This atmospheric black & white film stars AFI award winning actor Anni Finsterer and has an original soundtrack composed by Dave Graney and Clare Moore. Shot by Laszlo Baranyai and with production design by visual artist Michael Vale, the film continues to perform well in a crowded marketplace.