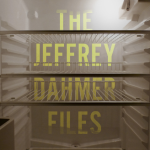 What drives a seemingly mundane man to commit a series of acts so heinous that it captured the attention of a horrified nation? In the summer of 1991 Jeffrey Dahmer was arrested in Milwaukee and sentenced to 957 years in prison for killing 17 people and dismembering their bodies. THE JEFFREY DAHMER FILES explores this Midwestern city by meeting those surrounding Dahmer during and after his hidden spree. Recollections from Milwaukee Medical Examiner Jeffrey Jentzen, Police Detective Patrick Kennedy, and neighbor Pamela Bass are interwoven with archival footage and everyday scenes from Dahmer’s life, working collectively to disassemble the facade of an ordinary man leading an ordinary existence.