Horror in a Hundred – Bloody Footprints by Sheldon Woodbury 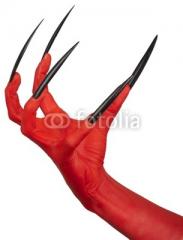 Most of the people in the desert town had moved there to get away from the horrors strangling the rest of the world. Everything was getting so complicated it was like humans weren’t in control anymore. But here they felt safe, clinging to a time when life was much simpler before the machines. But bizarre red marks suddenly appeared on the streets and lawns, looking like the bloody footprints of an invisible army. They gathered together as a shivering mob, but it was something else, something that was old and nameless from the bloody depths below.