HELL NOTES:  Since you both described how the project of Nocturnia came to be in the afterward of the novel I’ll try not to steal your thunder from that in this interview, but, if I can ask, what motivated you to shape the novel around a young adult audience as apposed to gearing it towards adults? 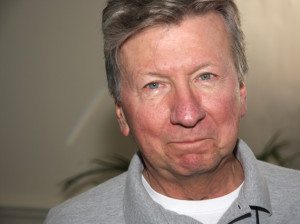 F. PAUL WILSON:  Once we decided to novelize Nocturnia, I don’t recall ever thinking the books would NOT be middle school/YA. It seems the natural audience.

HL:  Were there any significant differences for either of you in writing to a younger audience vs your regular readership as far as style, approach or otherwise goes?

FPW: I did 3 YAs about Jack as a teen, and truly enjoyed writing them. But I knew who teen Jack was going to grow into, so I had an advantage there. Those stories were locked into 1983, so I loaded on the cultural references. In Kansas we revised and rerevised the kids to make them seem like modern teens without dropping cultural references that would date it.

HL:  Did you find yourself having to hold your proverbial tongue or hold back in any way?

FPW: Well, you want to watch the language.

HL:  And how did you decide who would write what? What was your process of writing with each other?

FPW: We just flipped it back and forth, and rewrote each other when necessary. Sort of like, “Okay, here’s chapter four at ya. I thought it worked better at night so I changed the timeline in chapter three.”

HL:  Did you learn anything new about your partner in crime that may have surprised you during this particular project?

FPW: No. We sort of share a common brain. We’ve known each other so long we can finish each others sentences.

HL:  In your afterward, you explain you have enough material for six novels and yet only plan to create Definitely Not Kansas and two more to follow. What are your plans, if any, with the stuff left out of this trilogy? 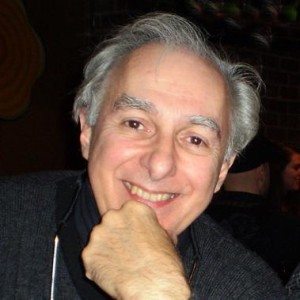 TOM MONTELEONE: Well, I don’t think we want to leave much of the story elements out as much as we need to decide how much we want to develop and layer. I think Paul was suggesting that we could expand and explore many of the plot-concepts to the point where we would easily have three very big books or six regular-sized ones. As we work our way through the story-line, we will be reaching that point where we will need to decide how many books we are really looking at. (If it takes off, we could keep it going, trust me!)

HL:  Considering television media is what brought you two together in the first place, can we expect to see a screened version of Nocturnia at any put in the future?

TM: That’s a good question. We still harbor hope that The Horror Channel will be a reality and if so, we can evolve a series that would work as either dramatic or animated. When you transition to a different medium, there are other issues consider—such as whether you lean on straight drama (like Twilight) or more than a bit of satire (like Futurama). As with TV and Features, we both realize we would be working in collaboration with others—and that always makes it interesting as well as challenging.

HL:  Without giving too much away, what kind of surprises are in store for book two?

TM: Well, our working title for Book Two is Family Secrets . . . which suggest that there will be a few unexpected revelations regarding the backgrounds and families of some (or perhaps all) of the major characters. The ways in which these discoveries play out will ramp up the dramatic tension and deepen the larger story.

HL:  And finally, any plans for future YA collaborations beyond this series?

TM:   To be honest, we have no idea whether or not this signals the beginning of a YA career for both of us. We hadn’t considered that possibility. I think we both agree that collaborating for us has been a very good experience because we both share so many cultural references, have very similar styles, and like the same kinds of fiction. We have also developed an adult comic that we projected could enjoy an easy 5-year lifespan, which suggests future collaborations of various stripes will remain definite avenues of pursuit.