February 2015 will see the publication of “These Last Embers” (Undertow Publications), a limited edition chapbook featuring an all-new, stand-alone story by weird fiction author Simon Strantzas and wraparound cover art by Drazen Kozjan.  Limited to 200 copies, numbered signed by Simon and Drazen,  Undertow has made clear that there will not be an eBook version.  Undertow is currently taking preorders here.

Our curiosity piqued, we asked Simon and Undertow’s editor/maestro, Michael Kelly, to discuss what readers can expect from “These Last Embers” and just what it is that makes chapbooks so special. 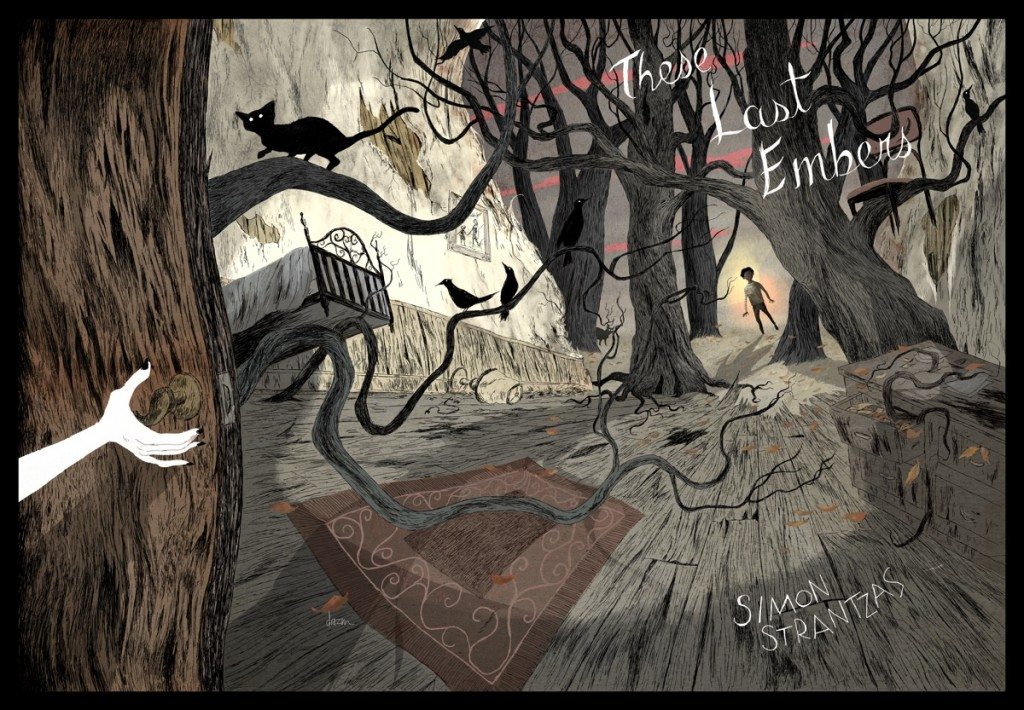 Hellnotes: First things first, what can you tell the readers about “These Last Embers” that will stoke their interest?

Michael Kelly: It’s a beautifully wrought piece, infused with touches of Machen and Blackwood, but with Strantzas’s trademark potent, elegant and elegiac tone. It’s the kind of tale that leaves an impression, and will stay with the reader. A story that rewards further readings. Typical Strantzas, in other words.

Simon Strantzas:  “These Last Embers” is a short quiet tale about how you can’t run from who you used to be, and yet, at the same time, you can never go home again. It’s a return, in a way, to some of the quieter, more oblique tales I’ve written in the past, and is filled with the same loss and regret that permeates some of my favourite stories.

The genesis of this one comes from an image I shamelessly stole from a story by the wonderful Lynda E. Rucker. I’d initially planned to do something different with it, but as the story took shape I realized that my initial plans were being replaced by something more dreamlike. “These Last Embers” turned into something just as concerned with the truth, only now it was that sort of truth that makes sense only when you’re asleep. Perhaps it’s only then that we best know ourselves.

HL:  Correct me if I’m wrong, but this is the first chapbook I’m aware of for both Simon and Undertow.  How did you decide to do this project together?

SS: It is certainly the first of this sort of project I’ve been part of. As for why I agreed to do it when Michael asked, the answer is easy: I would do any project Michael asked me to do. He is, by far, the editor I respect most in this genre, and I know without a doubt that any project he helms will be worth reading. I’d be a fool to pass up a chance to work with him.

And I’m also a great fan of the chapbook format. The single-serving tale seems perfectly suited to the decreasing attention span of modern audiences. My shelves are full of pamphlets of different sizes and lengths, and each one is something special in a way a full book can’t be. I’m quite pleased to have produced something in the format.

MK: I love chapbooks. I’m more a chapbook collector than a book collector, truth be told. There is something inordinately appealing, at least to me (and hopefully others) about a slim saddle-stitched book or pamphlet with a singular mission. It sits on its own, an artefact, calling attention to itself, this little thing of beauty and power. I really like the chapbook aesthetic, how it seems a product of another time.

There’s been a bit of a chapbook renaissance lately, some good, some bad. I have the whole run that Nicholas Royle and his Nightjar Press produced. And they are all terrific.  In point of fact, the very first publication from Undertow was a chapbook: Triptych – 3 Tales of Terror, by Carol Weekes & Michael Kelly. Those are rather rare now, I believe.  With Nightjar suspending their chapbook line I thought it was important to continue a line of quality chapbooks. Of course, sales of this first offering will determine whether I do any more. With Simon and Drazen attached, I’ve no doubt it will be a success.

HL:  The book features gorgeous art from Drazen Kozjan.  How did you decide to work with him and what was that process like?  What is it about this particular piece that compliments with “These Last Embers”?

SS: Drazen’s a marvel. His work, at times, is a crazy mesh of Addams and Gorey, and that creeping style is perfect for the strange and weird tale. I’ve wanted to work with him for a number of years, but nothing ever lined up properly until. I was thrilled when he was able to work on the cover for “These Last Embers.” And working with him was fairly easy. I simply handed him the story and he did the rest. When you find someone so suited to the material, there’s not much else to do.

MK: Simon has been touting Drazen’s work for years now. And with good reason. It’s wonderful. His style lends itself to the weird, the macabre. When Simon suggested Drazen for the project, it seemed a natural fit. And Like Simon and myself, he’s a local Toronto guy, so we have the added bonus of getting Drazen’s signature on the chapbooks, as well.

This particular piece by Drazen was specifically done for the chapbook, and embodies the story perfectly. Drazen is a big fan of Simon’s writing, and I believe that shows in the art he delivered for Simon’s story.

HL:  Short stories usually travel in packs – whether in a single-author collection, an anthology, or a journal.  Did knowing that “These Last Embers” would have to stand by itself have an impact on either its writing or selection?

SS:  Certainly not on its writing. I don’t worry as much about the format my work will be presented in when I write it. I simply sit down and let my muse decide what she wants to see. I find things more fulfilling that way. I suppose one might have considered the residue that a good tale, on its own, leaves on a reader, and tailored a stand-alone story such as this one with that in mind, but the nature of a tale like “These Last Embers” made it a non-issue. Whether in a book or on its own, I believe some tales, by their nature, demand to be considered on their own, apart from whatever surrounds them. If anything, I think reading this tale in a collection or anthology, drowning among the other tales, may have actually lessened its impact. The focus the chapbook format brings is a wonderful, especially when the story being told breaks somewhat from our illusions of reality.

MK: From a reader’s perspective, yes, I knew any single chapbook would have to stand on its own. By their very nature — a singular impression — chapbooks force you to consider their worth, their success. Or their failure. I’ve read a few in the last year that have been utterly forgettable.

From a publisher’s perspective, though, I knew that Simon would be an ideal candidate to launch this prospective series. Simon doesn’t write ‘passable’ tales. He writes excellent tales. Each of his stories is a unique vision, and a new experience. I had every confidence that whatever he turned in would be brilliant. And I was correct in my assumptions.

HL: Looking back at Simon’s work, I’m struck by the continued expansion and push beyond the standard horror milieu.  It’s evident just comparing 2008’s Beneath the Surface with those in 2009’s Cold to the Touch, but especially in more recent stories like “Beyond the Banks of the River Seine” (in both the Robert W. Chambers-inspired anthology A Season in Carcosa and Simon’s recent Burnt Black Suns).  How does “These Last Embers” fit in with your existing bibliography?  Do you see it as having a place in any particular trajectory?

SS: I find my fiction tends to occur to me in waves, where I explore a certain aspect of the genre intensely for a few years before turning my attention elsewhere. I’d just come off a run of weird fiction with a more visceral focus, and I felt a longing to return to the quieter fiction I’d written more often at the outset of my career. So, in a sense, “These Last Embers” is a bit of a flashback, but the thing about going back is you don’t leave what you’ve learned elsewhere behind. The lessons continue to inform. In that sense, my trajectory remains the same—explore the modes of horror and discover what it is about them that appeals to me so. Each one of these pieces is a facet in my understanding of the genre, and through them a clearer picture is slowly formed. Though I’ve toyed in recent years with longer works, the short story will always hold a special place in me, and demand most of my attention. Where else can one explore the liminal on a large canvas without being bound to earth by the demands of long-form narrative?

HL:  Even given the ubiquity of e-publishing, many readers equate Undertow Publications with its high quality physical products, especially the late, great Shadows & Tall Trees.  Although Undertow’s more recent releases (S&TT 2014 and Year’s Best Weird Fiction) have occasioned e-versions, you’ve announced that you will not be releasing  “The Last Embers” in an eBook format.  What were the reasons (practical and/or aesthetic) behind that choice?

MK: I simply wanted the chapbook to be a collectable, something that would be worth keeping as a print artifact; a physical, tangible object that leaves a tactile and visual impression. That’s what I love about the chapbook form. They are simple, beautiful, and compact. (As are eBooks, many would argue). Perhaps I am over-romanticizing the aesthetic of print, but you can hardly sign and number a eBook. I do like eBooks. They are practical. But the chapbook, to me, seems a perfect way to present a story.

HL:  Finally, is this a one-off for either or both of you?  Can we look forward to more special-edition, small releases?

MK: Well, this is the test run. I’m gauging reader interest by how well these sell. Based on the queries I’m getting, there are some wonderful writers interested in contributing should I do more chapbooks. And the book has sold quite well, (as I expected), in these first few days. But it’s too early to say when or if I will do another. “Aickman’s Heirs,” edited by Simon, will be my main focus after “These Last Embers.” In January I will be announcing another exciting project, and, finally, “Year’s Best Weird Fiction, Volume Two,” will follow in the Fall.

SS: I don’t have anything lined up in the near future similar to this, but if I’ve learned one thing, it’s to never rule anything out. There are so many stories to be told in so many different ways that what seems impossible today may make perfect sense tomorrow. All I know for certain is that I hope Michael has great success with this chapbook series, wherever it may take him. I know I’ll certainly be reading them! 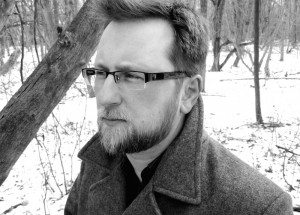 Simon Strantzas is the author of four collections of weird and strange fiction, including BURNT BLACK SUNS from Hippocampus Press (2014). His writing has been reprinted in the various “best-of” anthologies; been translated into other languages; and been nominated for the British Fantasy Award. He lives in Toronto, Canada, with his wife and an unyielding hunger for the flesh of the living.  His website is http://strantzas.com. 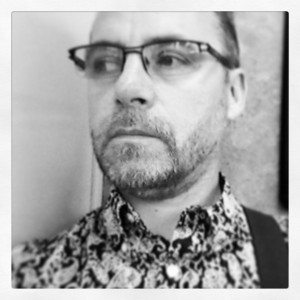 “These Last Embers” is available for preorder at Undertow’s website here.