Haunter Available on SundanceNOW and Other VOD 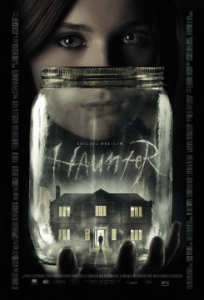 Lisa Johnson is one day shy of her sixteenth birthday. And she will be forever…

On behalf of IFC, we are pleased to announce that HAUNTER is now available to watch on SundanceNow. This unconventional ghost story starring Abigail Breslin arrives just in time for Halloween! Trapped by an evil spirit from her past, Lisa (Breslin) must try to help a young girl before she meets a deadly fate in a house that once belonged to a serial killer – who now resides as a Haunter (a powerful, evil spirit able to possess the living). This new supernatural thriller is directed by Vincenzo Natali (Splice, Cube), who brings the fear back home with his latest mind-bending film.
Can you escape the HAUNTER? Head over to SundanceNow to find out: http://www.sundancenow.com/film/haunter/1230
HAUNTER is now playing in select and is also available to watch on Cable VOD, SundanceNOW and other digital outlets (iTunes, Amazon Streaming, PS3 Playstation Unlimited, XBOX Zune, Google PLAY and YouTube).
———————-
Synopsis:
Lisa Johnson is one day shy of her sixteenth birthday. And she will be forever. She and her family are dead and doomed to repeat that fateful last day before they were all killed in 1985. Only Lisa has “woken up” and realizes what is going on. She starts to feel as if she is being haunted, but the “ghost” turns out to be Olivia, a very much alive girl who lives in the house in the present day with her own family. With her help, Lisa discovers that the house once belonged to a serial killer who kidnapped teenage girls and burned their remains in a hidden furnace room. When he died, he became a Haunter – a powerful, evil spirit able to possess the living.
Director:
Vincenzo Natali
Cast:
Abigail Breslin
Peter Outerbridge
Michelle Nolden
Stephen McHattie