Halloween Horror At The American Cinematheque 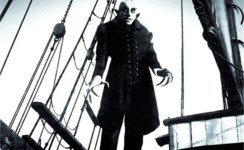 American Cinematheque has put together a great lineup of horror films for this Halloween season.

Parapsychologists Bill Murray, Harold Ramis and Dan Aykroyd start Ghostbusters, a company that traps ghosts, spirits and other supernatural specters for money. Business starts to pick up when Sigourney Weaver notices strange phenomena in her apartment’s kitchen, such as eggs frying themselves. When the situation escalates, the Ghostbusters are called upon to save the Big Apple.

The Goethe-Institut Los Angeles celebrates the Egyptian Theatre’s 90th Anniversary with this classic 1922 film! F.W. Murnau reinvents the story of Dracula as a silent German Expressionist fable and the result is one of the greatest horror films ever made. Max Schreck is astonishingly creepy as the vampire, and Murnau’s frames ooze eerie atmosphere in this hugely influential tale. Live piano accompaniment by Cliff Retallick.

Dusk-Dawn-Horrorthon – 6 Films to Horrify You, All Night Snacks, Prizes & Surprises! The Cenobites Beckon! 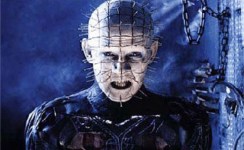 What lurks beneath the seats at the at the Aero Theatre’s seventh annual Horrorthon? Spend the night with us and find out! The evening includes between-film free food, giveaways, trailers, crazy shorts and surprises! Lineup includes Clive Barker’s Hellraiser, Motel Hell starring Rory Calhoun, occult thriller The Devil’s Rain, John Carpenter’s Christine (based on the Stephen King novel), and unbelievable 1970s drive-in movie madness with The Manitou. No passes or vouchers accepted for this event.

Dracula & Horror Of Dracula – 2 Films to Horrify You, All Night Snacks, Prizes & Surprises! The Cenobites Beckon!

Ichthyologist Dr. David Reed (Richard Carlson) leads a team of scientists on an expedition up the Amazon River to hunt for fossils linking prehistoric land and sea mammals. But the murky waters of the region’s Black Lagoon hide more than old bones; an amphibious gill-man rises from the depths to attack the researchers. Like King Kong, the creature is captured, escapes and sets his sights on a beautiful woman – Dr. Reed’s girlfriend, Kay (Julia Adams). The last of the classic Universal movie monsters, Creature From The Black Lagoon was one of the studio’s first 3-D features, and remains among the most memorable horror films of the 1950s.