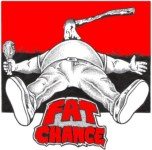 Fat Chance is the new film from Deviant Pictures, the company behind the upcoming controversial movie The Hospital. A slight departure from their previous work, Fat Chance is a comedy-horror film written by Daniel Emery Taylor and co-directed by Taylor and Jim O’Rear. According to its makers, it is best described as The Biggest Loser meets Friday The 13th, lambasting the current weight loss culture and incorporating elements from the campy, over-the-top horror franchises of the 1980’s.

O’Rear is known for his horror hits such as The Deepening and Scream Farm. He partnered with Taylor early last year and the duo formed Deviant Pictures with the goal of bringing new and exciting ideas to the world of independent horror. The Hospital mixed the paranormal with the slasher and exploitation genres, filming in actual haunted locations. They wanted to bring this same innovative approach to their new film, mixing familiar elements with twists that will keep horror fans on their toes.

The story? Ten overweight men sign up to appear on a reality weight loss competition television show. As contestants start dropping like flies, it becomes apparent that there is more than exercise going on. Taylor says “There’s a killer, yeah, but the real story is the interaction between the different contestants. It’s a real ensemble piece. That’s what will make this stand apart from other slashers. It’s a little bit Friday The 13th, little bit Sleepaway Camp: mixed with Scooby-Doo and Animal House.”

Production of Fat Chance is slated to begin in April. Keep up with the latest news at: Fat Chance