BUCKLE IN AND CHECK YOUR AMMO, BECAUSE WE’RE GOING ON A HELLUVA’ RIDE!

Smart, funny, and scary, ZOMBIE HIGHWAY has never fit easily in one genre.

Jason Pell, creator of acclaimed series SUICIDE 5 and SEASON’S END, revisits the book that surprised critics and readers back in 2003. With art by ROBERTO VIACAVA (Adventure of Superman starting this April) cover by NICK BRADSHAW (Wolverine and the X-men, Guardians of the Galaxy), and new colors by ROBT SNYDER, Zombie Highway has never looked better.

This is your chance to get the ZOMBIE HIGHWAY hardcover aka the Zombie Highway HC Ghoullection, collecting the very best of the influential cult hit that refuses to be forgotten!

ONLY AVAILABLE THROUGH KICKSTARTER at https://www.kickstarter.com/projects/1265535519/zombie-highway-the-hc-graphic-novel

Being pursued by monsters, both living and undead, four unlikely thieves seek refuge on the open road after stealing an ancient antique. What follows next is the beginnings of a horrific cross-country journey of revenge and retribution. Unfortunately, things never go as expected when the road sign reads Zombie Highway.

“Entertains by knowing exactly when to go for the gore and when to switch for the gag. I’m eagerly awaiting more.”
-Newsarama
“ZH is a thrill-ride of a book and a refreshing take on the zombie genre!’
Aintitcool.com
“Zombie Highway is good stuff!”
-Paperbackreader.com

Over 200 pages, full color interiors. Get it NOW! 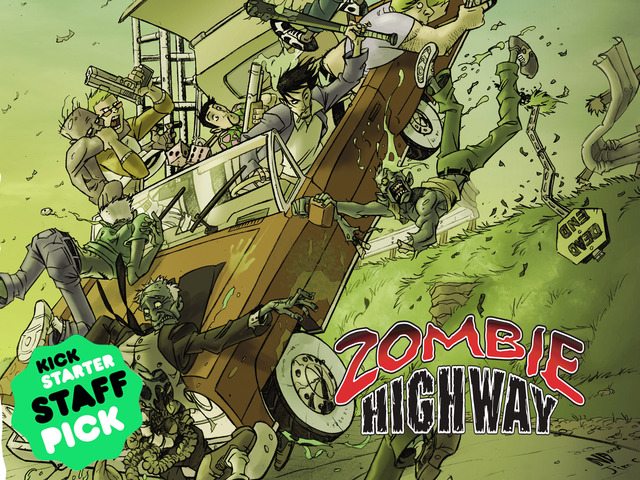 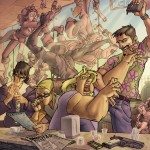 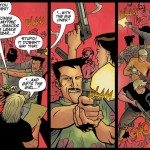 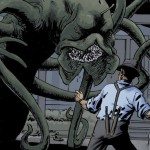