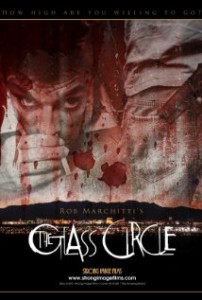 Eve Mauro (Osombie, Miss March, Land of the Lost, Zombies Vs. Strippers, Bullet) has joined the cast to perform Gia Rossi, one the lead character roles in “The Glass Circle”. A film by Rob Marchitti

“The Glass Circle” tells the story of a Las Vegas drug dealer who lives a crazed drugged out lifestyle alongside many gonzo cronies, but eventually opts out of the drug business before it destroys him. http://www.imdb.com/title/tt2397595

The story was written not to glamorize drugs but to show a raw and gritty realistic lifestyle with a lot of pathos. It takes place in the city of sin from the seedy streets of Downtown Las Vegas to the posh suites of the Strip. https://www.facebook.com/TheGlassCircle and https://twitter.com/TheGlassCircle

Strong Image Films goal is to produce motion pictures that will entertain, surprise, touch the soul, break new ground and refresh the spirit of true independent filmmaking through provocative story-telling. http://strongimagefilms.com and https://www.facebook.com/StrongImageFilms