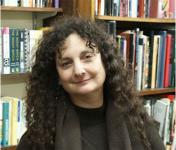 Ginger Nuts of Horror is curently carrying an interview with Ellen Datlow. Datlow is a Multiple award-winning editor. Ellen has been editing science fiction, fantasy, and horror short fiction for almost thirty years. She was fiction editor of OMNI Magazine and SCIFICTION and has edited more than fifty anthologies, including the horror half of the long-running The Year’s Best Fantasy and Horror.

In response to a question about the health of the genre, Datlow says: “I think it’s a golden age for the horror short story — as far as quality. As to markets? They come and go as they always have. There have rarely been more than a handful of horror magazines – ever. So the question is more how many original horror anthologies come out annually? I count about thirty-two that were worth covering in 2011. That doesn’t count the horror stories published in mixed-genre magazines and anthologies – or single author collections (most of the latter reprint, but usually an original of two thrown in).”

You can read the interview in its entirety here: Ellen Datlow