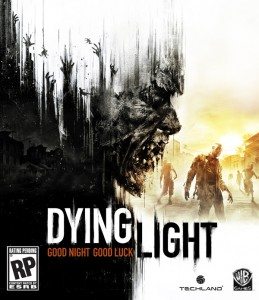 Techland announced the Season Pass for Dying Light, detailing the line-up of three content drops that will deliver completely fresh and unexpected experiences to the players in the quarantine zone. Priced at $19.99, the Season Pass will be available for PlayStation 4, Xbox One, and the PC and will include exclusive missions, original weapons and outfits, and brand-new gameplay.

Cuisine & Cargo – Available first for Season Pass holders, these two hardcore missions let players put their skills to the ultimate test. Investigate buildings sealed off in the very first days of the outbreak – with the infected inside. Explore ominous corridors of once the most famous restaurant in Harran, and employ both stealth and combat to ransack a zombie-filled loading bay at an abandoned railroad yard.

The Bozak Horde – The final Season Pass drop will deliver a new map and gameplay, playable in either single-player or co-op. Go inside the Harran Stadium, the most famous landmark in the city, and test your combat know-how against relentless hordes of the Infected. Fight increasingly stronger and larger enemy waves as you oppose a mysterious psychopath called Bozak.

The first Season Pass drop will be arriving in February 2015. Additionally, Dying Light Ultimate Edition, containing the game and the Season Pass, will soon be available to pre-order for PlayStation 4, Xbox One, and the PC.

Dying Light will be released in 2015 on January 27th in the Americas; January 28th in Asia, Australia, and New Zealand; and January 30th in Europe.