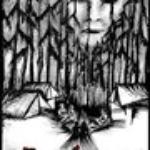 Deathwoods is no ordinary grind house slasher in the woods. Oh it may have what are called the 3 B’s of B movies … BOOBS, BLOOD and BRUTALITY, but the difference, however, is you’re in control!

You can create the gory death scenes in Deathwoods, become an on screen victim yourself or even kill Ari Lehman and John Dugan!

That’s right you can destroy the horror icons themselves! Brutally slay the first man to ever play Jason Voorhees in Friday the 13th! Or butcher Texas Chain Saw Massacre’s Grandpa, John Dugan! How cool is that?

They’ve filmed some the film already. Although the cast, set and footage are all great, they felt they needed more. More names, more gore and most of all MORE INPUT!

The cast and crew of Deathwoods are horror fans first and foremost. They feel strongly about the films they put out, in all their campy gory goodness, but they are always striving to do more, to be better and to give you the best most fulfilling experience they possibly can. So they’ve put their demented heads together and thought of a few unique ideas that will truly create a grind house horror film like never before! FOR THE FANS, BY THE FANS!

What they need and what you get:

They need at the very least $5k in order to pay for actors, the props and devices in which they meet their demise and as much blood, guts and body parts as they can possibly get our hands on! Obviously the more they receive the gorier the film becomes. They aren’t fans of the CG gore and they don’t want to use it other than to enhance the good ol practical SPFX magic that they have planned. Their team, with 30+ years of SPFX experience, is itching to get their hands bloody!

In exchange for that they are giving you the chance to create several of the death scenes! You’re in charge! Be as violent, sick and twisted as the elements allow! Hack limbs, spill guts, sever heads and send the cast to their ultimate demise! If that’s not enough for you they also offer one lucky person to be the film’s first victim and 3 others to be victims in a later scene and you get to write how you bite it! Those 3 slasher fans also get to be part of the ultimate boob scene and become Executive Producers of the film!

Not only do they offer you a chance to create movie history but you can also have the distinct honor of killing the horror icons! That’s right! Two hardcore horror fans will have the privilege of being the architects of death to some of horrors most iconic horror actors.

Be a part of movie history and help them spill their guts!

It is their hope to create something unique for the fans by the fans. To do something that no other film has ever offered before and truly hear the voice of the people! Not only are they trying to create horror history but they are also trying to help their friends along the way. With several of the perks you will also be helping fund the indie gore fest known as The Hospital, created by and starring several of the Deathwoods cast including John Dugan, Daniel Emery Taylor and Jim O’Rear. So you are not only receiving perks and helping support one film but two.

Here is where you can get all the nitty-gritty details and make your own contriubtion: Deathwoods