Dark Touch To Open in Theaters and VOD on September 27th. 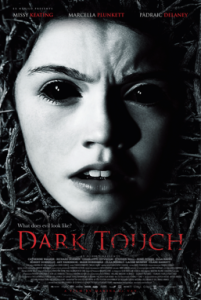