I was cruising around the web and came across this.  I thought you writers out there might be interested.  Below is from the website, but you can click on the link to find out more. 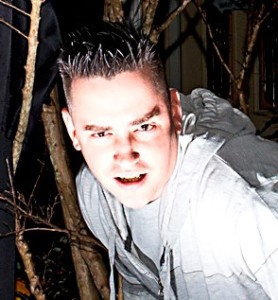 Rituals have always been a powerful part of human life, from the ancient Aztec nation’s human sacrifice to the supposed transubstantiation of the Communion elements during Catholic Mass. They impart a sense of history, comfort, community, common ground—but also power, mystery and horror. Since this isn’t Clam Chowder for the Coddled Child, I’m interested in the latter attributes. I want to see dark ritual in all the various forms you can imagine—from the ancient and ceremonial to the simple and home-grown. The rituals in your stories can be grounded in painstaking research or your own twisted creations. They can have real power or simply exist in the minds of your characters. They can produce the desired effect or something else entirely.

Stories predicated upon the standard voodoo doll or zombie need to be particularly mind-blowing, as such topics are expected given the theme—the same goes for Cthulhu Mythos. If you’ve read CORRUPTS ABSOLUTELY? you’ll know that I’m especially interested in the kind of stories that play with people’s preconceived notions and turn tropes on their ears. I’m anticipating a modern setting for most pieces, though I’m open to historical stories told with today’s sensibilities. Cross-genre stories will likely be a hard sell. No Science Fiction. Urban Fantasy might work. Gore and sex need to support an actual story, rather than be the end in and of themselves. Payment will be split royalties, paid quarterly*. Word count is 3-5,000. Reading period is from 1 January 2014 to 1 June 2014. Publication is tentatively scheduled for October 2014, by Angelic Knight Press. Send your stories in standard manuscript format to [email protected].

Editor’s Note: For published pieces we ask for (whatever rights you take). Bear in mind that most publications will not publish pieces that have been published in print, eBook, or on the web, so for all intents and purposes after your work is published by us it can only be marketed as a reprint, which severely limits the number of markets that will accept it, and drastically reduces the pay rate it can receive. It is up to you, the author, to decide if publishing your work in print and/or eBook formats and/or on the web, giving up your First Publishing Right for no and/or a token payment, is really what you want to do.