Mikey Fitzsimmons and his friends only went to St. Mary’s Cemetery to hang out and tell ghost stories. Mikey’s father, the gravedigger, had the keys to the mausoleums.

Fourteen-year-old Alice Arthur had drowned that past summer. Mikey invented her frightening legend to scare his pals. They made their way down: to open the heavy granite door, to move aside the mosquito netting, to creep up for a close look at the body.
They had no idea what they were to awaken down there.

Welcome to the Gravediggers’ Dance, where the music is dark and wild, and where anything can happen. Angels, devils, freaks of nature, vampires, ghosts, psychopaths, all joining in below a glaring full moon. Pick a grave-flower and join the other dancers. Tickets are available at the Cemetery gate from the dead-eyed poet. Don’t forget to sample the Postmortem Punch!

H. P. Lovecraft was a voracious reader of supernatural and fantastic fiction, and he was continually on the hunt for powerful and stimulating works in these genres. Many of the stories he read directly influenced his own writings

The Sea of Blood (Coming This Fall) by Reggie Oliver

A new retrospective collection which includes new fiction.Cover art by Santiago Caruso. In THE SEA OF BLOOD Reggie Oliver brings together some of the finest work from his six collections of stories, and some which have not been published before.

This excellent book will be available in a deluxe hardcover lettered edition and a signed and numbered hardcover edition. Coming this Fall from Dark Renaissance Books! 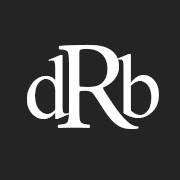