The Horror Writers Association is proud to announce Charlaine Harris Guest of Honor for the Bram Stoker Awards® Weekend and 25th Anniversary World Horror Convention 2015. In 2015 the HWA is again hosting WHC in conjunction with the Bram Stoker Awards Weekend, which will be held in Atlanta from May 7-10, 2015. 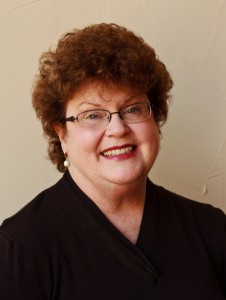 Charlaine is the author of The Southern Vampire Mysteries series about telepathic waitress Sookie Stackhouse, which is the basis for the highly successful True Blood on HBO. 2005 marked the debut of Harris’s new series The Harper Connelly Mysteries, with the release of Grave Sight. The series is told by a young woman named Harper Connelly, who after being struck by lightning, is able to locate dead bodies and to see their last moments through the eyes of the deceased. 2014 marked the debut of the Cemetery Girl series, a graphic novel series co-written with fellow WHC 2015 Guest of Honor Christopher Golden.

Charlaine Harris is a true daughter of the South. She was born in Mississippi and has lived in Tennessee, South Carolina, Arkansas and Texas. After years of writing poetry and plays and essays, her career as a novelist began when her husband told her to stay home and write. Her first book, Sweet and Deadly, appeared in 1981. When Charlaine’s career as a mystery writer began to falter, she decided to write a cross-genre book that would appeal to fans of mystery, science fiction, romance and suspense. She could not have anticipated the huge surge of reader interest in the adventures of a barmaid in Louisiana, or the fact that Alan Ball would come knocking at her door. Charlaine is a voracious reader. She has one husband, three children, two grandchildren and four rescue dogs. She leads a busy life.

HWA President Rocky Wood said, “We are excited that Charlaine can join us. Sookie Stackhouse and the cast of characters from Charlaine’s books and True Blood have entered popular culture. It will be fascinating to learn more from their creator about that and the other series she has created over a long and successful career. Fans will be delighted to know Charlaine will be part of a public signing on Friday evening, May 8.”

The Convention will take place at the Atlanta Marriott Marquis Hotel, with the iconic Bram Stoker Awards ceremony on Saturday evening, May 9. The website is at www.whc2015.org. Media enquiries to [email protected].

The Horror Writers Association (www.horror.org), the peak group for horror writers, is a worldwide organization promoting dark literature and its creators. Started in 1985, it has over 1200 members writing professionally in fiction, nonfiction, videogames, film, poetry, comics, and other media.