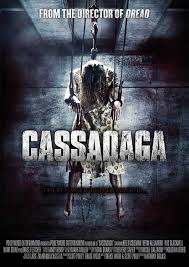 A 2011 movie that piqued my curiosity for two reasons: first, the somewhat retro advertising poster that raises many questions: is this an homage to an eighties horror milieu? Or do we have something like a modern slasher in the offing? At a glance it evokes the VHS imagery of a bygone era … or perhaps (for some) the artwork is reminiscent of their favourite small press horror book. Secondly, I was drawn immediately to the director we have at the helm: Anthony DiBlasi – a name that people with more than a passing curiosity in Clive Barker’s recent celluloid adaptations will be familiar with. Not only did Anthony direct the amiable interpretation of 2009’s Dread, he served as an executive producer to both Book of Blood and The Midnight Meat Train. Personally, I would have liked to see Anthony continue his independent foray into Clive Barker’s territory. His films – although sovereign in nature and nowhere near the mainstream – contained a genuine feeling for Clive’s material. While commanding small budgets (as was the case with Dread), we still found a production as slick and unnerving as anything released by a major studio. This time around, Anthony has chosen something more conventional in the trappings. With an interesting script featuring a prolific spiritual community and an Oscar winner in tow, all the ingredients were there to make a strong horror film.

Lily Morel (Kelen Coleman) is a pre-school teacher – a gifted one, having not let the obstacle of being deaf waylay her ambitions. Her younger sister Michelle lies at the forefront of her world, but tragedy strikes when Michelle is killed by a motorist, terminating the pair’s long-term plans to begin a new life in Paris. Seeking solitude to both grieve and work on her paintings, Lily takes up residence in Florida’s ‘Cassadaga’ – a community of fringe artists and mediums. Welcomed into this spiritualist camp by ageing artist Claire (Louise Fletcher) and a local single father, Lily sets about teaching again. And although she begins to forge new relationships, memories of Michelle are still sharp enough for her to visit one of the local psychics in an attempt to placate her warring emotions and (perhaps) make contact with her sister again. It’s a palaver that ultimately leads to a group séance – one that grabs the attention of a different entity altogether: the ghost of a murdered woman who also resided in Cassadaga.

At times, it’s a confusing mish-mash of genres. On one hand we have the elegant simplicity of a ‘ghost story’ – the trusted formula made famous by tales such as Matherson’s Stir of Echoes. (Whereby our protagonist is charged with a mission attempting to solve the mystery and identify a killer). On the other the audience is subjected to another ambiguity altogether – the serial killer at the heart of it all. Known as the ‘Geppetto’ killer, we are given only brief snatches of this tortuous being and his past through an incoherent series of flashbacks. Confusion aside, the Geppetto is a truly nasty creation; a monster woodcarver fashioned by a zealous mother who hacks off the limbs of females to produce personal ‘marionettes’. Assailed by visions of his crimes, Lily is aided in her sleuthing by single father Mike, a relationship that soon blossoms into romance but in the end becomes mindless filler as their tryst ends abruptly. With the climax looming – and the two becoming closer to unshrouding the mystery – the character of Mike is unceremoniously pulled … almost as though his role were hastily written out of the script. Solo, it then falls to Lily to unmask Geppetto before he begins his carvings afresh.

Despite the problems here (and there are a myriad of them), we must not forget this is an independent film. And for such a small picture, those involved have made up for the tribulations much like they did on Anthony’s other projects – that is except for some uneven script shortcomings – by imbuing other areas of the production with a professional sheen. In the case of Cassadaga, these entail the general performances (especially Kelen Coleman’s) and some disturbing imagery. Most notable is the overall use of suspense. For these reasons alone, Cassadaga is more than adequate for a Saturday Night matinee. 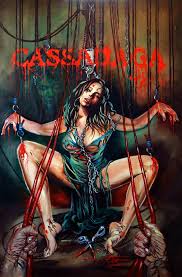