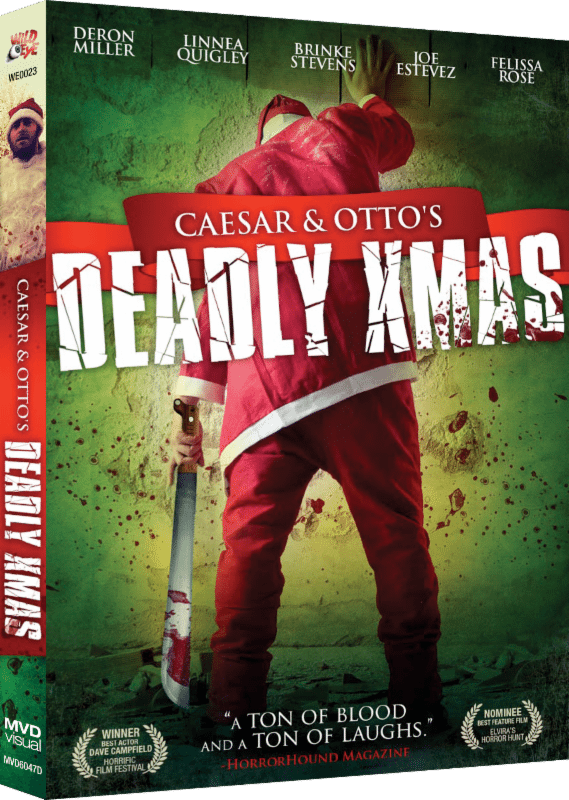 Caesar and his half-brother Otto take on duties as Santa and his elf. However, the bodies begin to pile up when a fellow store Santa (CKY’s Deron Miller) develops a vendetta against them, and he soon turns Caesar’s list of Dinner guests into a list of Xmas-inspired victims!

A hit on the horror festival circuit, the DVD release of Deadly Xmas (SRP $14.95) will include three commentary tracks (Director, Cast/Crew, Actors), a behind the scenes featurette, alternate scenes, Shorts films: Piggyzilla, Otto’s First Job, & The Perfect Candidate and trailers.