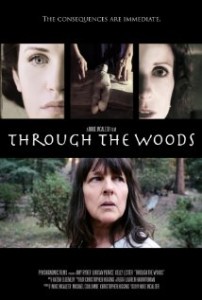 Through the Woods, a horror short written, directed and produced by Mike McAleer, won the best horror short award at The Burbank International Film Festival.The film, also produced by Michael Coulombe and Christopher Higgins, involves a middle-aged woman seeking to reconnect with her long-estranged daughter after the death of her husband. In desperation for a reconciliation she turns to supernatural means causing danger to herself and daughter.

Mike McAleer has written and performed various award winning shorts including Clifford and Random Creepy Guy. Michael Coulombe produced the horror short, AX, which is being shown in theaters through out the United States. He is also the Co-Founder of the Big Bear Horror-Film Festival. Christopher Higgins is best known for his acting roles appearing in the productions Spring Awakening, The Bedroom Window and Bend in the Road.