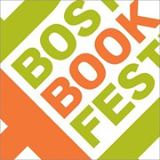 Award-winning novelist and essayist Salman Rushdie will present the 2013 keynote address at a 7:30pm appearance at Old South on Friday, October 18. Rushdie’s novels include The Satanic Verses and the Booker Prize-winning Midnight’s Children. Rushdie’s most recent work is Joseph Anton: A Memoir, which, according to the New York Times, “reminds us of his fecund gift for language and his talent for explicating the psychological complexities of family and identity.” Tickets for Rushdie’s October 18 presentation and conversation with Harvard’s Homi Bhabha are available on the Boston Book Festival website (www.bostonbookfest.org) for $10.

2013 Kids’ Keynote speaker Tomie dePaola is one of the most respected picture book authors and illustrators, and his iconic Strega Nona is one of the most beloved characters in children’s literature. dePaola’s Strega Nona was a 1976 Caldecott Honor Book, and now everyone’s favorite “Grandma Witch” is back in her latest adventure, Strega Nona Does It Again. In addition to dePaola’s October 19 presentation, the audience may even be treated to an appearance by Strega Nona herself! This event is free and open to the public.

The fifth annual Boston Book Festival will take place October 17 -19, 2013 in various Copley Square locations. Festival events will include presentations and panels featuring internationally-known writers, scholars, critics, and commentators; programming for children, teens, and families; writing workshops and competitions; outdoor booths; and poetry and music performances. Most events are FREE and open to the public. The featured authors, to be announced in the coming months, will represent a wide array of programming, and include award winners, best-selling authors, renowned scholars, children’s writers, and writers of fiction, nonfiction, and poetry. The Boston Book Festival is produced by the nonprofit organization of the same name, and is made possible with the generous support of individual donors and sponsors, including Presenting Partner 90.9 WBUR, Amazon, Boston Common Hotel, Chitika, Copley Square Hotel, The Folio Society, Hachette Book Group, Houghton Mifflin Harcourt, Massachusetts Cultural Council, Mass Humanities, Other Press, Plymouth Rock Assurance, the Revere Hotel, Simmons College, and Zipcar. For more information, visit www.bostonbookfest.org