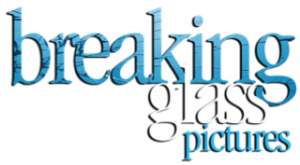 “An affecting story of enduring institutionalized prejudice.”
-The Hollywood Reporter

Breaking Glass Pictures will release the drama/thriller Blackbird on DVD/VOD on October 7, 2014. Written and directed by Jason Buxton, Blackbird explores the power and danger of cyber-bullying, while showing that the worst prisons are often the ones we create for ourselves. Blackbird stars Canadian actors Connor Jessup (Steven Spielberg’s “Falling Skies”) and Alexia Fast (Jack Reacher, The Captive).

An unlikely friendship forms between Sean Randall (Jessup) and popular teen Deanna Roy (Fast). After writing a death threat online, Sean is falsely accused of plotting a Columbine-like massacre. The police raid his home and find rifles, shotguns, and a ‘hit list’ with twenty names of students. As the media and authorities claim another Columbine has been averted, Sean faces imprisonment in a youth dentation facility. Sean must overcome his dark image and prove his innocence to Deanna and his shaken community.