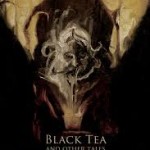 Black Tea and Other Tales

Many writers have told me that writing horror in short form is difficult. Even more so than writing longer works. With novels you have more time to build up the sense of unease, instill the fear, make your reader cringe… and then tremble as they turn the page to continue the journey into darkness.

I wasn’t disappointed. Here are a few of my thoughts on each tale:

Black Tea: I understand why this is the first story in Marolla’s collection. It was disturbing. Creepy, Gothic horror at its best. A labyrinthine old house from which the periodically amnesiac characters are desperate to escape. A little old lady with her gruesome appetite and orthopedic shoes. And a cup of strong black tea that gives you a moment of clarity, right before the end.

Crocodiles: This was a Monkey’s Paw-esque tale in which a miserable man is given a gift—something magical that can fulfill his dreams. At first he doesn’t realize what power he has and wastes a portion of it until it’s almost gone. But once he works out how to use the gift, he wields it ruthlessly bringing disastrous consequences. This was more of a story of the dark side of human nature: how twisted, shrunken, and corrupted it can become… with precious little effort.

The Janara: I loved that the title is the only place the name of the monster is used. In fact, the creature is never fully seen or described clearly but I could feel the fear it instilled in each character. To me that can be more powerful than lovingly detailing each fang and claw. No one spoke its name. No one asked, “What is it called?” Marolla’s description of a full grown, tattooed ex-con trembling in his cell as he tells his story to the warden’s little boy sold it for me. Don’t ask. Listen. Follow the rules. Stay alive.