Ellen Datlow  provided us with some great pictures from this month’s Fantastic Fiction at KGB reading.  For those of you unfamiliar with this event, it is held the third Wednesday of every month at KGB bar in NYC.  For more information on the event just visit the KGB Fantastic Fiction website by clicking here.  This month’s event featured Ennis Drake, who read his short story “The Butcher, The Baker, The Candlestick Maker” from Tales of Jack the Ripper, and Joe Hill, who read from The Fireman, his work in progress, and his most recent novel, NOS4A2.

To see the pictures from this great event, just click here.

Ennis Drake: My debut novel, “28 Teeth of Rage”, was released by Omnium Gatherum Media on May 31st.

“28 Teeth of Rage has the bite of a crocodile. Drake tears a hole right through modern horror. This guy isn’t on the way; he’s kicking in the door.”
–Laird Barron, two-time Shirley Jackson Award-winning author of “The Imago Sequence”, “Occultation”, and “The Croning”

“[28 Teeth of Rage] is a tale of possession and madness, but the kind that any sane person will understand. Drake gets inside the heart and mind of each character and never stops digging for the truth. You know these people. I know them. They have suffered terribly, and they are haunted by their loss. At the same time they are the inheritors of the spectacular horrors human beings have hurled at one another throughout our blood-spattered history. This is a hell of a ghost story, one you won’t forget thanks to Drake’s storytelling ingenuity, but also because it springs directly from our collective well of grief and rage. This animal howl–for justice, for retribution–resonates within us, and is unanswerable.”
–S.P. Mikowski, Shirley Jackson Award-nominated author of “Knock Knock”

“A powerful work of horror. Drake’s prose beats with a million-mile-an-hour force, propelling you through meat and sinew with a terrifying bite. This is not a work for the weak, for the timid. With beautiful language and raw power, Drake takes you on wrenching journey into our worst desires. A propulsive read by a fantastic new voice in the genre, one you’re likely to never forget.”
–Simon Strantzas, author of “Nightingale Songs”

My short fiction has appeared in various publications online and in print, including: “Love: The Breath of Eagleray”, at Underland Press (publisher of Jeff VanderMeer’s “Finch”, John Shirley’s “In Extremis”, and Kealan Patrick Burke’s “The Living”); my short, “The Dark That Keeps Her”, published in Twisted Legends, an anthology from Pill Hill Press (honorably mentioned in Ellen Datlow’s Best Horror of the Year, Vol. 2); and most recently, my short, “The Fishing of Dahlia”, published in the Bram Stoker-nominated and Black Quill Award-winning Horror Library, Vol. 4. “The Fishing of Dahlia” also received an honorable mention in Ellen Datlow’s Best Horror of the Year, Vol. 3.(less) 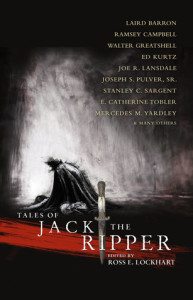 Joseph Hillstrom King (born 1972) is an American writer of fiction, writing under the pen name of Joe Hill.

Hill is the the second child of authors Stephen King and Tabitha King. His younger brother Owen Kingis also a writer. He has three children.

Hill’s first book, the limited edition collection 20th Century Ghosts published in 2005 by PS Publishing), showcases fourteen of his short stories and won the Bram Stoker Award for Best Fiction Collection, together with the British Fantasy Award for Best Collection and Best Short Story for “Best New Horror”. In October 2007, Hill’s mainstream US and UK publishers reprinted 20th Century Ghosts, without the extras published in the 2005 slipcased versions, but including one new story.

Hill’s first novel, Heart-Shaped Box, was published by William Morrow/HarperCollins on February 13, 2007 and by Victor Gollancz Ltd in UK in March 2007. Simultaneous to these two editions, a limited edition of Heart-Shaped Box was also released by Subterranean Press; it sold out several months prior to publication. The novel reached number 8 on the New York Times bestseller list on April 1, 2007.

His new novel Horns was published in 2010.

Hill chose to use an abbreviated form of his given name (a reference to executed labor leader Joe Hill, for whom he was named) in 1997, out of a desire to succeed based solely on his own merits instead of as the son of Stephen King. After achieving a degree of independent success, Hill publicly confirmed his identity in 2007 after an article the previous year in Variety broke his cover (although online speculation about Hill’s family background had been appearing since 2005).

Joe Hill now has a Tumblr, which can be found here: http://joehillsthrills.tumblr.com/(less) 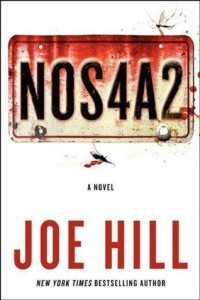