Ellen Datlow  provided us with some great pictures from this month’s Fantastic Fiction at KGB reading.  For those of you unfamiliar with this event, it is held the third Wednesday of every month at KGB bar in NYC.  For more information on the event just visit the KGB Fantastic Fiction website by clicking here.  This month’s event featured Thomas F. Monteleone, author of Blood of the Lamb and Daniel José Older, author of Salsa Nocturna.

To see the pictures from this great event, just click here.

Thomas F. Monteleone has published more than 100 short stories, 4 collections, 7 anthologies, and 27 novels including the bestselling, Bram Stoker Award-winning The Blood of the Lamb. He’s also written scripts for stage, screen, and TV. His short story collection, Fearful Symmetries, won the Bram Stoker Award. His omnibus collection of Cemetery Dance columns about writing, genre publishing, television, film, and popular culture entitledThe Mothers And Fathers Italian Association won a Stoker for non-fiction. With Elizabeth Monteleone, he is co-editor of the anthology series of imaginative fiction, Borderlands — of which, Volume 5 also won a Bram Stoker Award. He’s also the author of the bestselling The Complete Idiot’s Guide to Writing a Novel. Despite being dragged kicking and screaming into his sixties and losing most of his hair, he still thinks he is dashingly handsome — humor him. 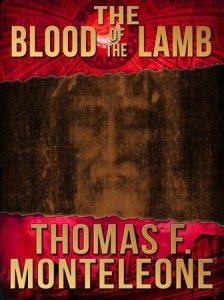 Daniel José Older is a Brooklyn-based writer, editor, and composer.Salsa Nocturna, his debut ghost noir collection, was hailed as “striking and original” by Publishers Weekly. He has facilitated workshops on storytelling, music, and anti-oppression organizing at public schools, religious houses, universities, and prisons.  His short stories and essays have appeared in The New Haven Review, Tor.com, PANK, Strange Horizons, and Crossed Genresamong other publications. He’s co-editing the anthology, Long Hidden: Speculative Fiction From The Margins Of History and his forthcoming urban fantasy novel The Half Resurrection Blues will be released by Ace Books. 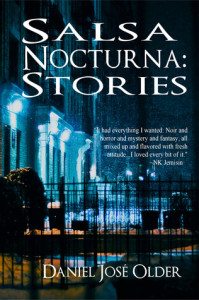