I have to admit that I’ve always been a sucker for the Frankenstein story.  The whole conflict between man’s pursuit of knowledge and what that knowledge may unleash is a subject of fascination for me.  As a result, I’m always up for a good Frankenstein story.  If you’re going to be at San Diego Comicon this week, you’ll be able to learn all about the movie I, Frankenstein coming out in January of 2014.  If you can’t make it, don’t despair.  The good people at Lionsgate want to let you in on the fun, too.

To kick off Comic-Con 2013, Lionsgate has just released three brand new character posters for the action thriller, I, FRANKENSTEIN! Set in a dystopian present, angelic gargoyles and satanic demons are caught in a war for the ultimate power – the secret to immortality – and only Frankenstein’s creation holds the key. From the producers of UNDERWORLD, this epic fight for immortality stars the incredible Aaron Eckhart, Bill Nighy, Miranda Otto, Jai Courtney, and Yvonne Strahovski. Check out the posters NOW for the Good Gargoyle Order, the Evil Demons of Naberious, and the Immortal Adam, Frankenstein’s monster.
Download all three POSTERS here: http://pr.mammothnyc.com/I,%20Frankenstein/character%20posters.zip
Want one of these amazing posters, signed by the cast and crew? If you’re a fan and won’t be making it down to Comic-Con, you still have a chance to get your hands on one of these incredible characters! Head over to SlashFilm for Good, Comic Book Resources for Evil, and MTV Movies for Immortal poster to find out how you can win!
Even if you’re not heading down to Comic-Con, you can still participate in the I, FRANKENSTEIN panel! Submit your questions online on the I, FRANKENSTEIN Facebook Page (https://www.facebook.com/IFrankensteinMovie) and your question may be asked at the panel on Saturday!
#IFrankensteinComicCon
I, FRANKENSTEIN opens nationwide January 24, 2014!!
SYNOPSIS:
Set in a dystopic present where vigilant gargoyles and ferocious demons rage in a battle for ultimate power, Victor Frankenstein’s creation Adam (Aaron Eckhart) finds himself caught in the middle as both sides race to discover the secret to his immortality. From the creators of the hit supernatural saga, UNDERWORLD, comes the action thriller I, FRANKENSTEIN, written for the screen and directed by Stuart Beattie based on the graphic novel “I, Frankenstein” by Kevin Grevioux, and brought to life by a cast that includes Aaron Eckhart, Bill Nighy, Yvonne Strahovski, Miranda Otto, Jai Courtney, Socratis Otto, Mahesh Jadu, Caitlin Stasey and Aden Young as Victor Frankenstein.
—————————————————–
Official Facebook Page:  www.facebook.com/ifrankensteinmovie
Official Twitter Page: www.twitter.com/lionsgatemovies
#IFrankenstein
#IFrankensteinComicCon 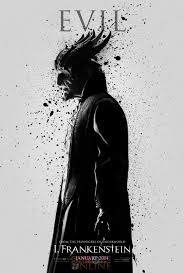 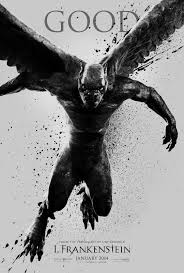 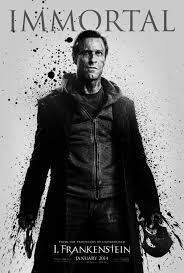